The Painting for the Hymn Rock of Ages: 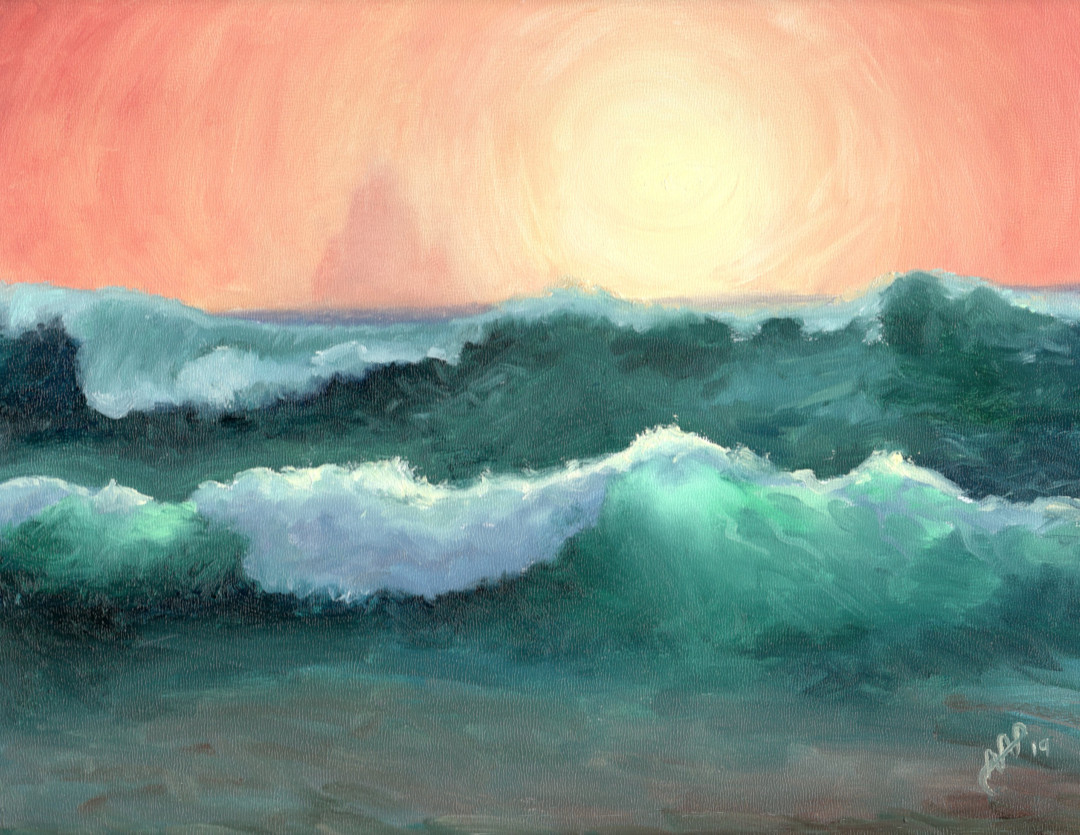 Created for the arrangement “Rock of Ages” by Sally DeFord.

Another Exciting Project with Sally DeFord

Inspiration brought Sally and I together again for her arrangement of the beautiful hymn “Rock of Ages” (original blog post).

I am repeatedly astounded by how the pairing of music, lyrics, and images adds a new level of magic that you can feel! If you’re ready to see (and hopefully feel it), skip to the video.

The Process: Not Too Literal, But Just a Little

The last thing I want to be is a literal painter. My initial dream was to be one of the gorgeous Ladies of Wrestling, but my career was sidelined when I suffered third degree burns in a freak accident involving a fresh batch of onion rings. Mmmmmm, onion rings.

I prefer images that use imagination, metaphor, and symbolism . . .  but then it’s a whole lot harder to figure out what to paint.

Early on, I became fixated on having the ocean represent the theme of water in the hymn. And, of course, there had to be a literal rock, but I put it at a distance to symbolize a process, a journey. You can read more about the symbolism on Sally’s second blog post.

(Incidentally, I patterned the rock after Shiprock in New Mexico – a “ghostly galleon upon a midnight shore”, because the first time I ever saw it (Shiprock that is), it appeared to be ethereally floating above the ground. Desert illusions are awesome! But don’t lick the toads!)

I have never painted water before. Forging ahead in a new frontier can be scary or at a minimum frustrating. You never know when a path you take is a dead end, will ruin your marriage, or, even worse, destroy your painting!

Practice sketches help a lot (we’ll get to that next), but having a teacher goes a whole lot further. That’s when I found Andrew Tischler, a master at painting the ocean. I’m almost loathe to show you his work because I don’t want to invite the comparison (so please don’t). What he does with waves is breathtaking!

I am amazed by the painters who can grasp water’s ever-changing shapes, texture, and colors. Usually, I might. . . might create one rough draft. In this case, I made eight! And four more gentle drafts. I had to practice everything.

*click on the gallery to see my comments on each one. 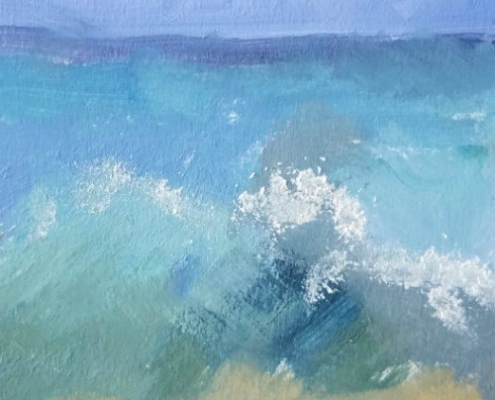 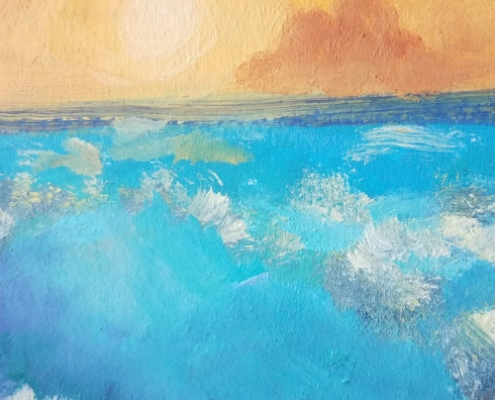 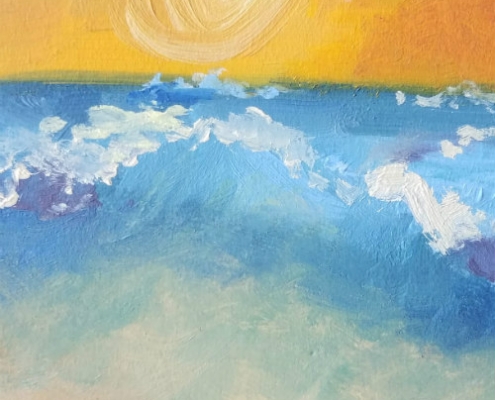 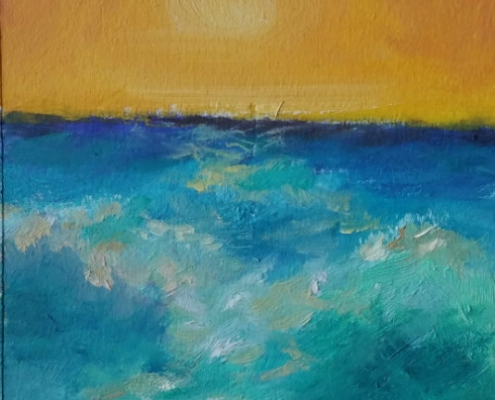 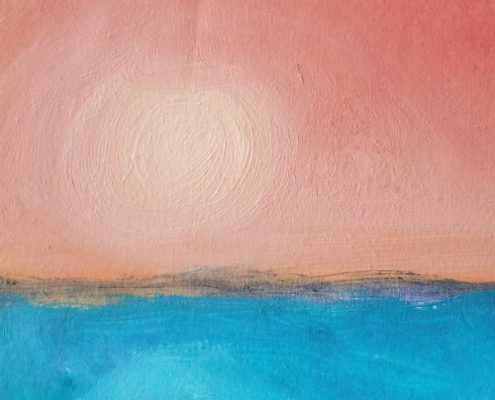 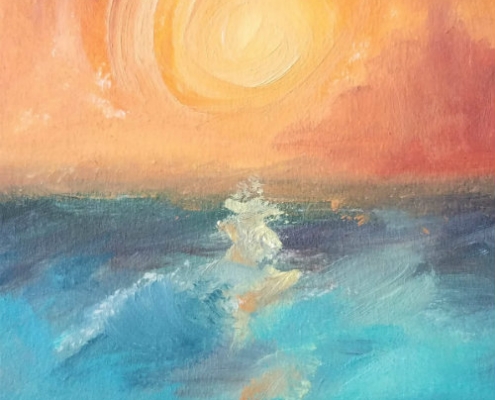 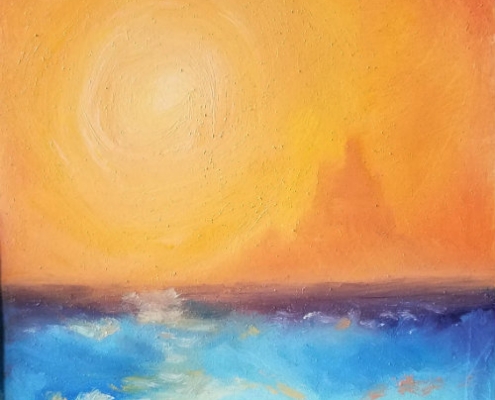 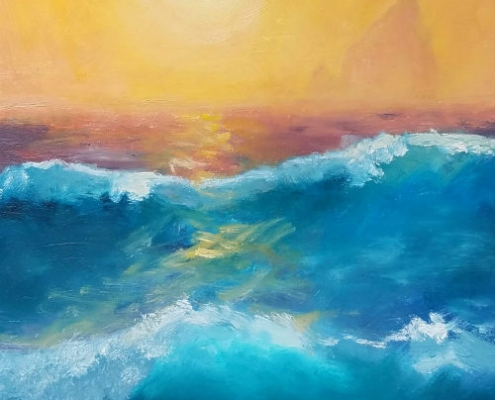 During school, the mantra was, “Use the biggest brush you can to get the job done.” This helps preserve a looseness and a more interesting interpretation of the subject matter. You might be quick to point out that I use tiny brushes. The painting is only 9×12 inches (the smaller the faster) so little brushes seemed necessary. I think I was still able to maintain expressive brush strokes. Take an up-close peek and tell me what you think: 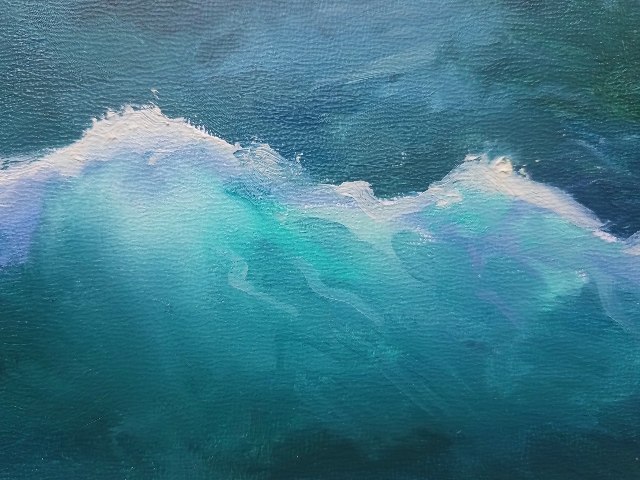 And Now for the Show: The Video

For “Rock of Ages” arranged by Sally Deford.

Here’s the best part: watching it all come together. Sit back and relax. This goes best with popcorn.

Want to see more footage of the painting being created?  I put together a longer timelapse so the massive amount of footage wouldn’t go to waste. Check it out: 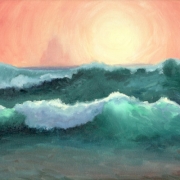 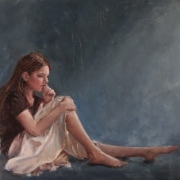 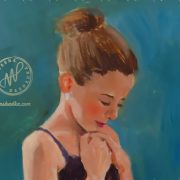