“If you want to build a ship, don’t drum up people together to collect wood and don’t assign them tasks and work, but rather teach them to long for the endless immensity of the sea.”

I love makeovers! I think many people do given the plethora of tv shows build on the makeover premise – they’re the modern day Cinderella story. My favorite part: the before and after pictures where you get to compare all of the great improvements side by side with their original state.

That’s exactly why I start each year of classes off with a pre-test. I try not to tell the kids it’s a pre-test though because I still want them to enjoy the fun of just creating something.

A whole semester of teaching is just like a makeover as the kids learn new techniques and develop their skills. When we finally end the year with a similar exercise, the kids are always amazed at the progress they’ve made. And so am I!

Here’s how the students did: 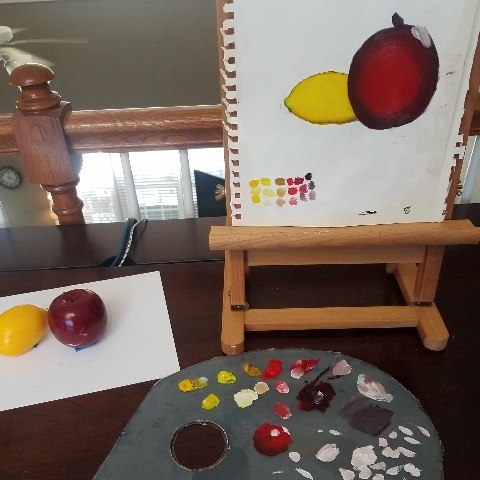 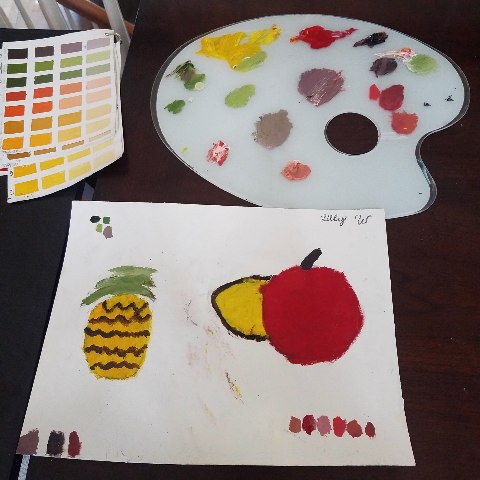 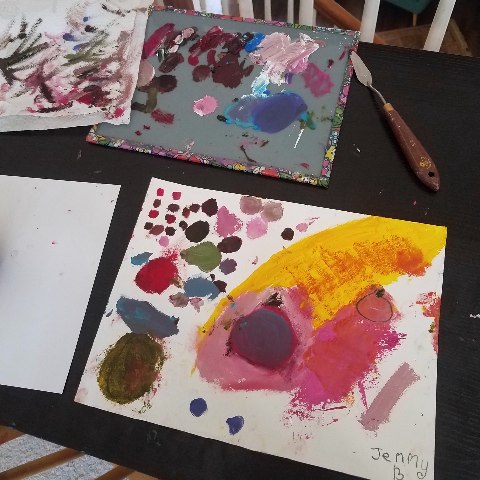 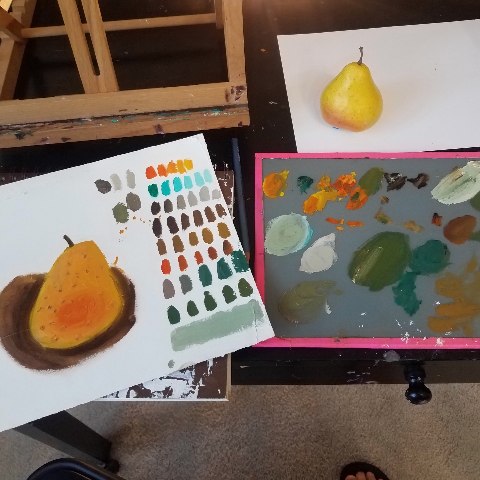 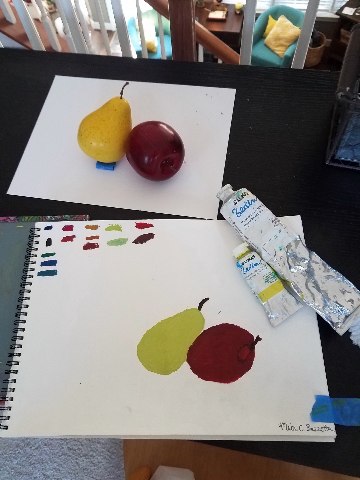 Just Try to Be Quiet

Sometimes I feel sorry for my students. I just can’t stop talking art! I go on these rants on everything: interesting tidbits, fun facts about artists, helpful hints, cool techniques, and any other shiny objects that come my way. So I try to squeeze in my rants, er, lectures, while the kids are painting. Here are some of the things I chattered on about:

A Warning About Oils

Oils are unlike anything other painting medium the kids have likely worked with before. For one thing, they dry very slowly and therefore can blend with previous layers waaaay too easily for a beginner’s liking (much to their frustration). Well, I warned them. They’ll learn!

Also, because they dry slowly, it’s easy to get them everywhere! By the end of class, it’s on our hands, elbows, clothes, tables, and even our faces!

Long before I developed skin sensitivites, I was using water-miscible oils. Unlike traditional oils they dissolve easily in water (water and oil don’t mix, except in Italian restaurants). I give a little demonstration with regular oil paint and water-miscible paint by pouring water over both. You can guess what happens.

Water-miscibles are so much better for kids to learn the wonders of oil. They clean up easily, and nobody has to die in the Middle East for us to have them!

This is a good time to mention the difference between solvents (in the case of water-miscible oils: water) and mediums. Solvents break down paint; mediums extend paint.

Young students are prone to compare their art to others so I introduce them to the Impressionists. The Impressionists were a group of painters who were rejected by the most prestigious art show of the time, The Salon. Undeterred, they formed a show of their own, though the critics of the show harshly called their paintings “impressions” because they looked messy and unfinished. Still, their unique style makes their work some of the most recognizable and sought after paintings. You cannot say that about many many artists who did get into The Salon – most have been forgotten.

An Exercise After the Test

Since we have a whole palette of left-over paint out, this is where I introduce the kids to Richard Schmid. He’s one of my favorite artists. He’s also written one of the best books on art I’ve ever encountered, Alla Prima II. To prevent wasting paint, I encourage the kids to practice one of Richard’s best exercises: the color mixing charts. The three best teachers are experience, experience and experience.

It’s so fun discovering the range and diversity of colors that can be made! The more practice learning what two colors can do together, the better! Can you see the artist’s different personalities showing through?

Notes For Next Time

There’s so much rattling around my head I really don’t want to forget a thing. Here are some of the topics we’re going to cover in future classes:

As much as I’d like to spill everything I know into one class, it’s impossible! Also, I need a nap. We’ll see what next week brings!

Other Posts You May Enjoy: 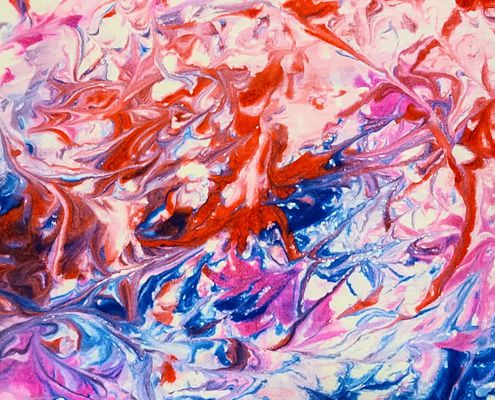 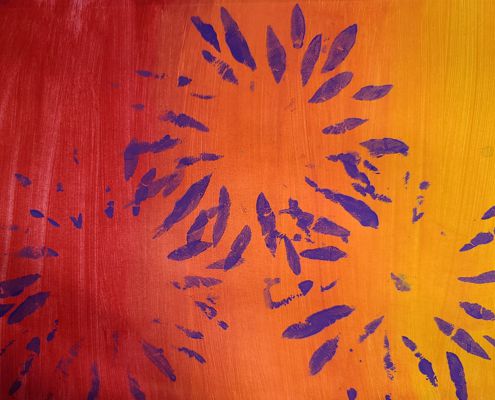 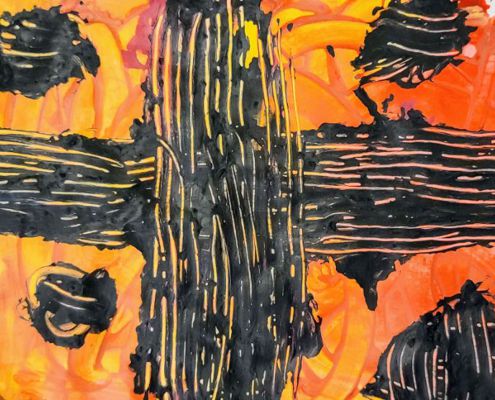 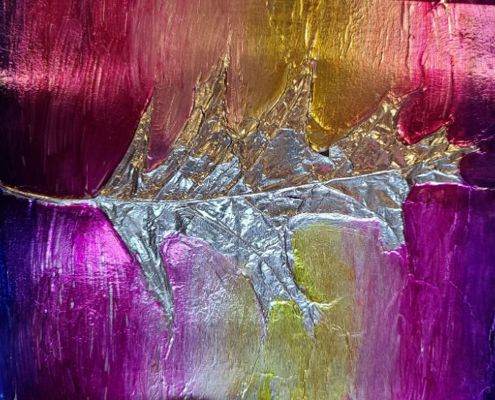 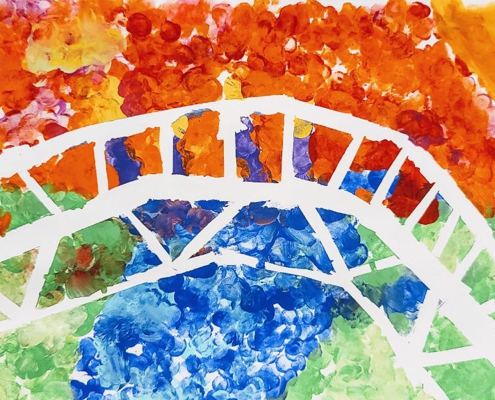 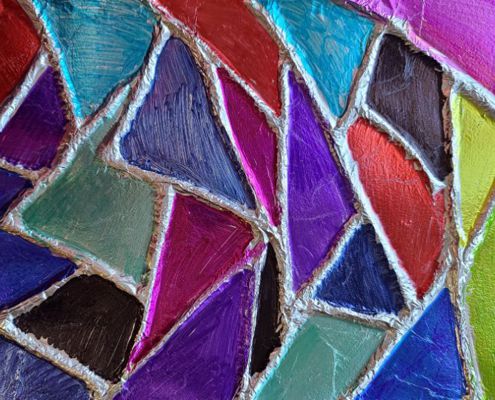 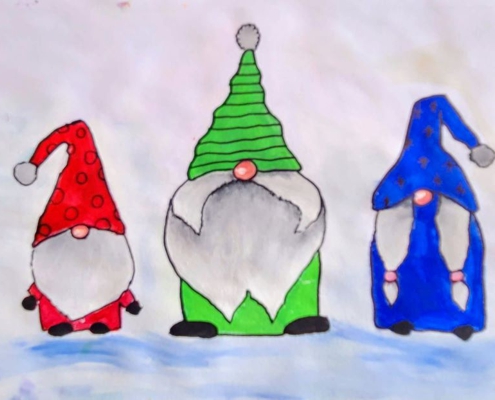 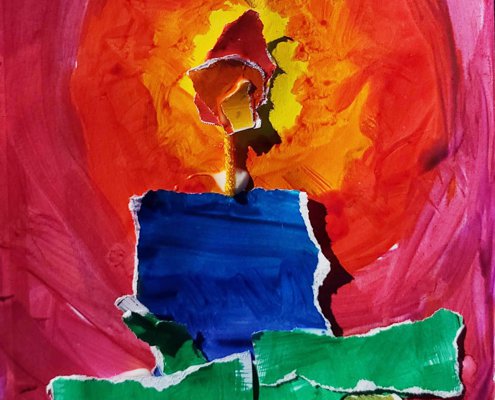 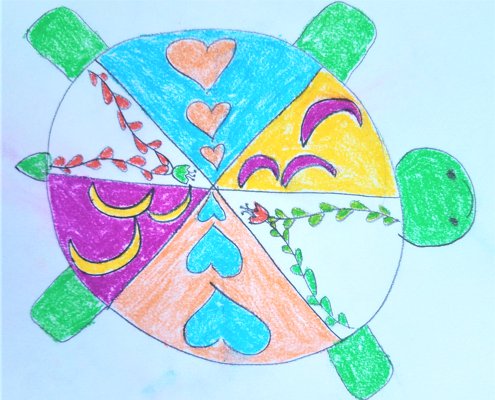 Rock of Ages: A Painted Hymn