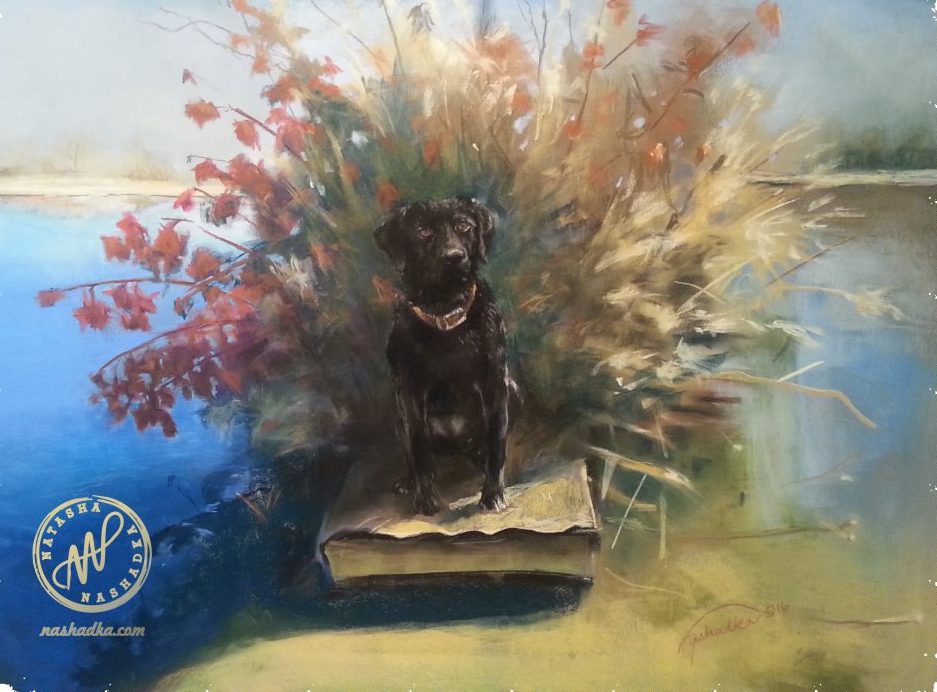 Cabela in Her Blind

Dog. . . no other creature is such a loyal, steadfast and worthy companion.

The training is what you see and yet don’t see

A hunting dog is trained not only to hone her innate skills as a predator but also in her dutiful abilities as a loyal companion.

When you start learning about hunting dogs, you begin to learn all sorts of new terminology like blind, birdiness, staunch, and flush rates.

But that doesn’t scratch the surface of what hunting dogs need to be able to do.

Training covers every scenario possible, from pausing while the hunter moves around, to flushing birds, to retrieving fowl without having seen where it landed.

Hunting dogs undergo months. . . sometimes as long as a year of training.

Her humans were as devoted to her as she was to them.

Cabela’s beginning was a rough one. While undergoing training as a pup, she fell victim to heartworms. But that wasn’t the worst of it. . .

Her next hurdle was the allergic reaction she had to the heartworm medicine. Her brain swelled dangerously with encephalitis, and it was touch and go for a while.

I can only imagine the agony of watching her go through this trauma.

Will there be long-term consequences? Maybe. But for now, she is a happy four-year-old retriever who loves her job.

The Blind is What Her Hunting Spot is Called

The hardest part must be the wait

When everyone arrives at the hunting site, Cabela, knowing exactly what she must do, trots over to her blind and gets into position.

(What better time to snap a picture.) 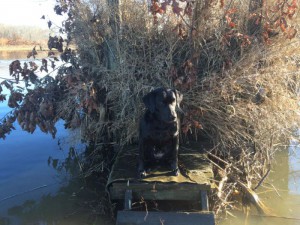 Cabela in her blind.

When I asked how long Cabela could wait in her blind, the initial answer was, it depends.

Well, of course it does! Hunting at its core is unpredictable. But when I probed further, I learned that Cabella could wait in her keen stance for hours . . . HOURS!

I was stunned, especially because my own wonder-mutt could never exhibit that kind of patience. 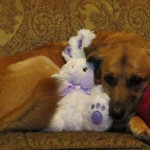 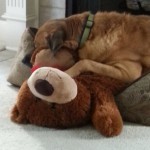 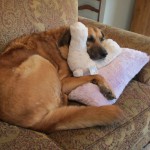 (Notice a trend? What’s will all the stuffed animals?)

“Once you have had a wonderful dog, a life without one, is a life diminished.” —Dean Koontz”

A Portrait to Honor a Trusty Companion

This is a video showing the process of making Cabela’s portrait.

Part II: the Painting of Cabela can be seen here.

5 Artful Things to Improve Your Mood

Why Are There Paintbrushes in My Pocket Protector?
Scroll to top
Send this to a friend